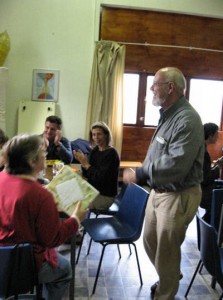 Participants in the Commons Cluster are active in the preparations for HABITAT 3 to be held in Quito, Ecuador in October, 2016. Their Nature Task Force has prepared a Report on integrating Nature in SDG 11 and associated targets which has been extensively circulated among UN Member States.

The Commons Cluster made extensive suggestions for the wording of the Prague Declaration: All suggestions were adopted. This Declaration will form an important input into the Final Agreement coming out of the HABITAT 3 conference that will be held in Quito, Ecuador, in October, 2016.